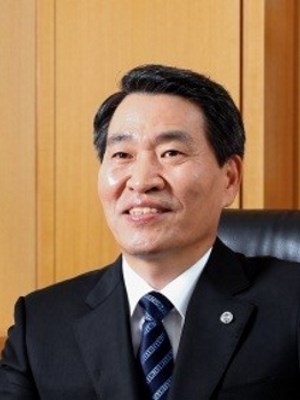 Prof. Oh-Kyong Kwon received the B.S. degree in electronic engineering from Hanyang University, Seoul, Korea, in 1978, and the M.S. and Ph.D. degrees in electrical engineering from Stanford University, CA, USA, in 1986 and 1988, respectively. From 1987 to 1992, he was with the Semiconductor Process and Design Center, Texas Instruments Inc., Dallas, TX USA, where he was engaged in the development of multichip module technologies, smart power integrated circuit technologies, display driver integrated circuit technologies, and silicon-on-insulator (SOI) technologies. In 1992, he joined Hanyang University, Seoul, Korea, as an assistant professor at the Department of Electronic Engineering, where he is now a distinguished professor. Dr. Kwon had served the position of the Department Chair of Electronic and Electrical Engineering from 2003 to 2005, the Dean of Engineering College from 2007 to 2011, and the Provost and Senior Executive Vice-President of Hanyang University from 2011 to 2013. Dr. Kwon currently serves on the President of National Academy of Engineering of Korea (NAEK) and the President-elect of Council of Academies of Engineering and Technological Sciences (CAETS).

Smart society is considered as a new model of a sustainable, socio-technological environment where people seek for a more informative, connected, and healthy living. Such a smart society will become a reality through transformation of an information society that we live in today, requiring further advances in automation, healthcare, security/safety, education, and environmental factors. These advances can be realized by utilizing various emerging ICT technologies such as 5G (and beyond) wireless communication, artificial intelligence, big data, internet-of-things, autonomous driving, and augmented & virtual realities, along with the sensor technology that can advance the efficient interfaces. This talk will cover the ICT and sensor technologies that are necessary for smart society; to see how both technologies are combined and connected together for better living and to explore what important roles they will play for our society in the near future. 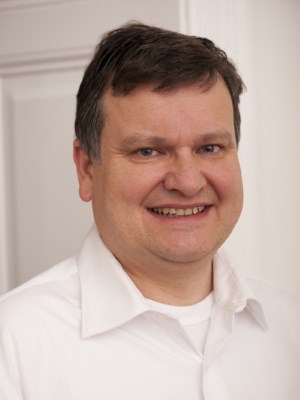 Tom Henzinger is president of IST Austria. He holds a Dipl.-Ing. degree in Computer Science from Kepler University in Linz, Austria, a Ph.D.degree in Computer Science from Stanford University, and a Dr.h.c. from Fourier University in Grenoble, France, and from Masaryk University in Brno, Czech Republic. He was a professor of Electrical Engineering and Computer Sciences at the University of California,Berkeley, a director at the Max-Planck Institute for Computer Science in Saarbruecken, Germany, and a professor of Computer and Communication Sciences at EPFL in Lausanne, Switzerland. His research focuses on modern systems theory, especially models, algorithms,and tools for the design and verification of reliable software, hardware, and embedded systems. He is an ISI highly cited researcher, a member of Academia Europaea, a member of the German and Austrian Academies of Sciences, and a Fellow of the AAAS, ACM, andIEEE. He has received the Milner Award of the Royal Society, the Wittgenstein Award of the Austrian Science Fund, and an ERC Advanced Investigator Grant.

The Institute of Science and Technology (IST) Austria was conceived as a research institution offering doctoral education which attracts outstanding scientists of all age groups from all over the world to Austria. Its campus at the outskirts of Vienna, which opened its doors in 2009, is currently the home to about 50 research groups performing frontier science in biology and neuroscience, physics and chemistry, as well as mathematics and computer science. Expected to double in size over the next decade, IST Austria is poised to become a vibrant engine for scientific discovery, graduate training, and economic development in the center of Europe. 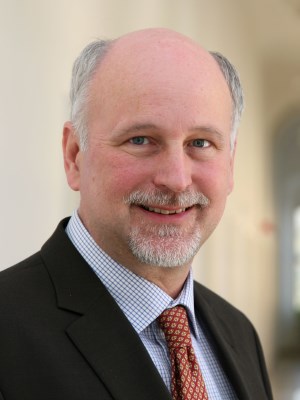 Wolfgang Lutz is Founding Director of the Wittgenstein Centre for Demography and Global Human Capital, a cooperation between IIASA (where he directs the World Population Program), the Austrian Academy of Sciences (where he is scientific director of the Vienna Institute of Demography), and the Vienna University of Economics and Business (where he is Professor of Applied Statistics). He holds a PhD in Demography from the University of Pennsylvania. He has published widely on international population trends, with a special focus on population forecasting, population-development-environment interactions and introducing education as a standard demographic dimension in addition to age and sex. He has published over 250 scientific articles, including 11 in Science and Nature. His most recent book is entitled ¡°Demographic and Human Capital Scenarios for the 21st Century: 2018 Assessment for 201 Countries.¡± He has won prestigious awards including the Wittgenstein Prize, two ERC Advanced Grants, the Mattei Dogan award of the IUSSP and the Mindel C. Sheps Award of PAA. He is a member of the Austrian Academy of Sciences, the Leopoldina, the World Academy of Sciences (TWAS), the Finnish Society for Sciences and Letters, and the US National Academy of Sciences (NAS). Professor Lutz has been appointed by the UN Secretary-General to be one of the 15 members of the Independent Group of Scientists whose task is to produce the quadrennial Global Sustainable Development Report 2019.

Europe has been spearheading the global demographic transition toward expanding education and as a consequence higher life expectancy and lower fertility rates since the late 19th century. During the second half of the 20th century South Korea has been following this transition at a record speed. While very low birth rates together with expanding life spans pose challenges of population ageing and decline, the associated rapid increases in human capital open opportunities for better health, higher productivity and greater resilience to environmental change in the 21st century. In this lecture we will show how multi-dimensional demographic models can help to analyze and forecast social and economic change through the replacement of generations with different characteristics and in particular different levels of education (demographic metabolism) and which challenges and opportunities this brings about. It will focus on examples from Europe and East Asia and will study the role of human capital (populations by age, health and level of education) in helping to achieve the Sustainable Development Goals. It will cover a 200 year perspective from 1900 to 2100 along different possible scenarios of socio-economic change. 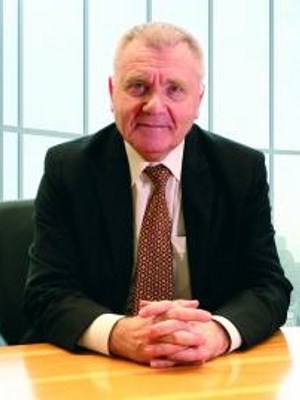 Professor Jean-Pierre Bourguignon is the President of the European Research Council since January 2014. Prior to that, he was the Director of the Institut des Hautes Etudes Scientifiques (IHES) from 1994 till 2013. This international research institute located near Paris, France, was built as the European counterpart of the Institute for Advanced Study in Princeton. He was also the first ERC Panel Chair in Mathematics, for Starting Grants. A mathematician by training, he spent his whole career as a fellow of the Centre National de la Recherche Scientifique (CNRS). He held a Professor position at Ecole polytechnique from 1986 to 2012. From 1990 to 1992, he was President of the Societe Mathematique de France and President of the European Mathematical Society from 1995 to 1998. He is a former member of the Board of the EuroScience organisation (2002-2006) and served on EuroScience Open Forum (ESOF) committees since 2004. Professor Bourguignon received the Prix Paul Langevin in 1987 and the Prix du Rayonnement Francais in Mathematical Sciences and Physics from the Academie des Sciences de Paris in 1997. He is a foreign member of the Royal Spanish Academy of Sciences. In 2005, he was elected honorary member of the London Mathematical Society and has been the secretary of the mathematics section of the Academia Europaea. In 2008, he was made Doctor Honoris Causa of Keio University, Japan, and, in 2011, Doctor Honoris Causa of Nankai University, China. In 2017, he was elected honorary member of the German Association of Mathematicians (DMV). 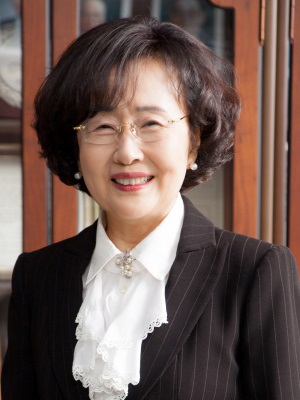 Education : 1967.9 ~ 1971.8 University of Virginia, Ph.D. 1962.3 ~ 1966.2 B.S. in Chemistry , Seoul National Univ. Career : 1999 ~ 2003 Minister of Environment (Longest serving female minister in the constitutional history of Korea) 2004 ~ 2008 Member of the National Assembly (Chairperson of the Ethics Committee, Vice-chairperson of the Defense Committee) 2008 ~ 2017.2 Chairperson of the Green Korea 21 Forum 2016 ~ 2018.3 Chairperson of the Korea Business Council for Sustainable Development (KBCSD) 2017.3 ~ Present President of the Korean Federation of Science and Technology Societies 2018 ~ Present The International Advisory Panel (IAP) of the Asian Infrastructure Investment Bank (AIIB) Board member or a special advisor to about forty private and public institutions, such as the Korean Academy of Science and Technology (KAST), the Korean Academy of Environment Science (KAES), the Sustainable Science Society, UN Sustainable Development Solutions Korea Network (SDSN Korea), Community Chest of Korea, Asan Social Welfare Foundation, Vice-president of the Alumni Association of Seoul National University, Visiting Distinguished Professor at KAIST and so forth. Her numerous scientific publications include the Korean translation of ¡°The Structure of Scientific Revolutions¡± by Tomas S. Kuhn, and ¡°Entropy¡±; and published ¡°Science and Modern Society¡±, ¡°The Oriental and Occidental Tradition of Science and Environmental Movement¡± and many others. Awards -The Presidential High Decoration of ¡®Changjo-jang¡¯ in Science and Technology(2015.4) -Seoul National University¡¯s Proud Alumni Award(2015.10), Blue Stripes Order of Service Merit(2004.4) -Presidential Award for Excellence in Government Administration Performance received by Ministry of the Environment under Kim¡¯s leadership(2002, 2001) -The Presidential Award for the Advancement of Science and Technology(1994)